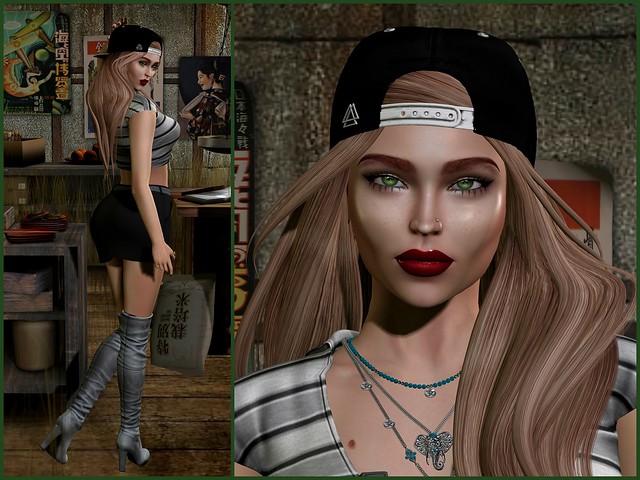 I don’t have much to say today, having been sick in RL for the past forever (it seems). Blah! Still, my SL self is perky and happy, posing here at Tralala’s Diner. I’ll bring your attention to the cute neve switch skirt which you can find in a ton of textures and colours at this round of Uber. The rest of the details follow.
♥Gillian