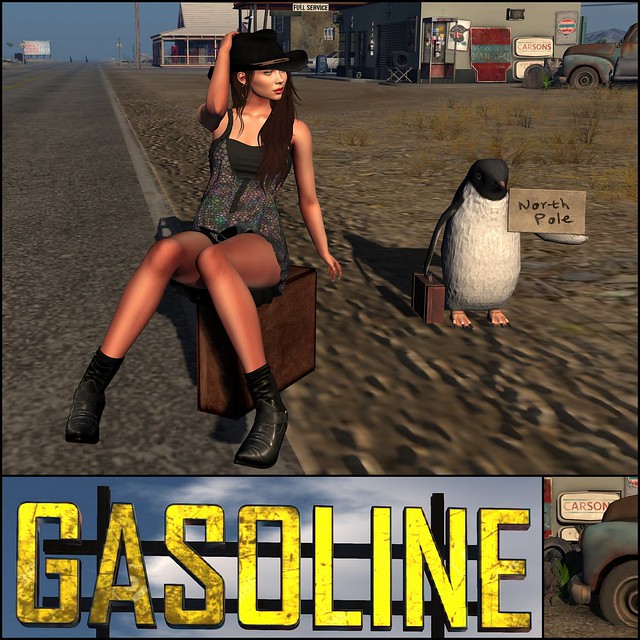 I swear if that penguin gets a ride before I do, I’m going to be throwing some chairs! Taking a break while hitching on Route 66 at the Mirage Motel. My little pen(guin) pal has further to go than I do, and I’m not sure he knows that there are none of his people up there. Ah well. I’ve got a great new Neve dress on called Stark and my hot hair/hat combo is from Elikatira at yesterday’s Fifty Linden Friday. Going my way?
♥Gillian

I'm a Canadian woman taking in the fashion of Second Life. If I meet a new friend or have a few laughs, all the better!
View all posts by Gillian Galicia →
This entry was posted in Fashion and tagged Elikatira, Equal, Equal10, Fifty Linden Friday, Le Poppycock, Mirage Motel 66, Mother Road, Neve, Tres Chic. Bookmark the permalink.