A Pig is a Pal 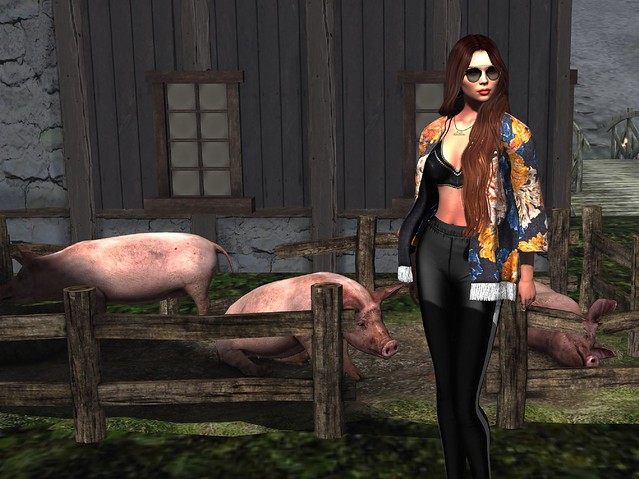 In Praise of a Pig

A pig is a jolly companion,
Boar, sow, barrow, or gilt —
A pig is a pal, who’ll boost your morale,
Though mountains may topple and tilt.
When they’ve blackballed, bamboozled, and burned you,
When they’ve turned on you, Tory and Whig,
Though you may be thrown over by Tabby and Rover,
You’ll never go wrong with a pig, a pig,
You’ll never go wrong with a pig!

I'm a Canadian woman taking in the fashion of Second Life. If I meet a new friend or have a few laughs, all the better!
View all posts by Gillian Galicia →
This entry was posted in Fashion and tagged Boys to the Bone, Flourish Sales Studio, Look at Me, Lootbox, Lorien, Meva, NOIR, RAMA, Redeux, Trolhaugen. Bookmark the permalink.