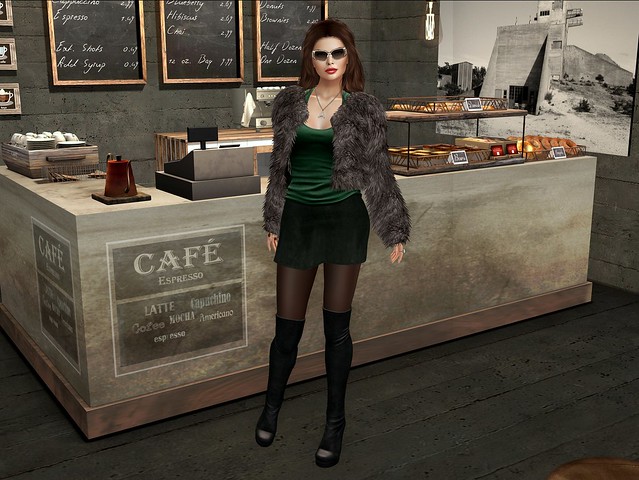 “Furillen (older spelling Furilden) is an island in Rute on the northeast coast of Gotland, Sweden. For most of the 20th century, there was a limestone industry on the island until it was closed to the public by the Swedish military in the 1970s–90s, when radar installations became operational. The north part of Furillen is a nature reserve and a Natura 2000 area.”
https://en.wikipedia.org/wiki/Furillen

On Second Life, it’s always gently snowing at Furillen. The landscape is dotted with chairs and an intriguing motel sits alongside the old limestone factory. There are many things to explore there, including the café.
♥Gillian

I'm a Canadian woman taking in the fashion of Second Life. If I meet a new friend or have a few laughs, all the better!
View all posts by Gillian Galicia →
This entry was posted in Fashion and tagged Coco, Collabor88, FaMESHed, Furillen, insanya, Just Because, Le Poppycock, MIARY, Schadenfreude, Sintiklia, SUKI. Bookmark the permalink.