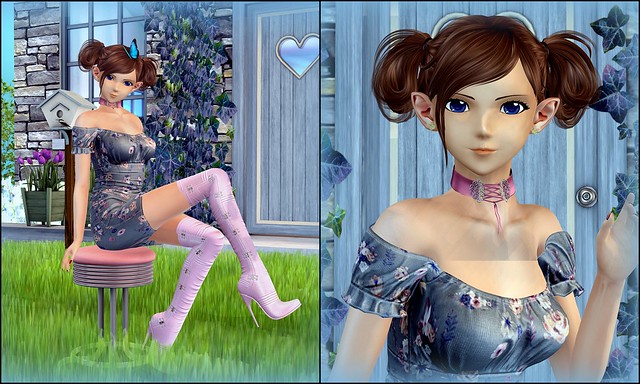 I’m not into roleplay on SL, but when I ran across the UTILIZATOR M4 Venus Bento Head on Marketplace, and for such a reasonable price, I had to try her out. She’s a sweetie! Despite the fact that she’s not Omega compatible, I think she’s lovely! You can tint the eyes, there are three different brow options, four skin tones, and lots of facial expressions. She has necks for various bodies and two different ear options as well as “no ears.” I added on a pair of ears from Lumae and found a body skin that mostly matched. I think Utilizator is very creative and you too should check out the Marketplace site. TTFN!
♥Gillian

I'm a Canadian woman taking in the fashion of Second Life. If I meet a new friend or have a few laughs, all the better!
View all posts by Gillian Galicia →
This entry was posted in Fashion and tagged Cae, CHAIN, decoy, Eudora 3D, Le Poppycock, Lumae, Maitreya, Truth, Uber, UTILIZATOR. Bookmark the permalink.